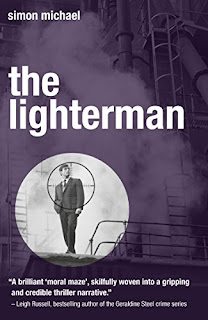 The Lighterman was published by Urbane Publications on 8th June 2017. My thanks to the publisher for the review copy and Michelle Ryles (http://www.thebookmagnet.co.uk/) for inviting me on the blog tour.


The Lighterman is the third book in the bestselling series of legal thrillers starring barrister Charles Holborne. Simon Michael's follow up to the bestselling The Brief and An Honest Man, continues the adventures of criminal barrister Charles Holborne. The Lighterman provides more of Charles's personal history, dating back to the war years when he worked on the River Thames with his cousin Izzy. Gangland leader Ronnie Kray is not a man to forgive or forget. Holborne has 'taken liberties' and revenge will follow. But how to get at a tough and resourceful Brief with his own history of criminality and a penchant for violence? The answer: find a man who can't be hanged twice. Now Holborne must dig up the secrets of the past to save two lives ... one of them his own. Simon Michael brings the past vividly back to life across a beautifully rendered 60s landscape, and delivers a gripping piece of thriller fiction that will excite any fan of the genre.

The Lighterman is the third in the Charles Holborne series and is one book that I have eagerly anticipated since I closed the last page on An Honest Man. This series is completely solid and one that I will return to time and time again.

The 1960's are once again vividly and evocativally described in The Lighterman. Charles Holborne is authentic and the return to 60's London was welcome. I feel that we got to know much more about the central character in this book, which was a joy as he was something of an unfinished article or an enigma in the previous books.

Within the pages of this book we have The Blitz and Charles Holborne's earlier life, and also when he was a Lighterman.  The Krays also feature in this novel, adding a grit and relevance to the story. There is a court case too and in my opinion this is where this author shines and is actually unrivalled.

Charles Holborne as ever is a superb character. I like the fact that he is slightly flawed, always seems to be usually on the right side of wrong and seems to find himself in tricky and compromising situations.

Yet again another accomplished and riveting legal thriller from an author that is fast becoming the master of the genre. Yet again I cannot wait to read more from this series in the future. I would suggest that this book would read well as a standalone but you wouldn't want to not read the earlier books as they are so good.

If my review has whetted your appetite, I am delighted that I have one paperback copy of The Lighterman to giveaway. UK entrants only on this one only please.

1 X Paperback of The Lighterman by Simon Michael 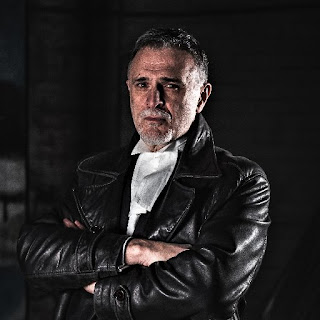 Simon Michael was called to the Bar by the Honourable Society of the Middle Temple in 1978. In his many years of prosecuting and defending criminal cases he has dealt with a wide selection of murderers, armed robbers, con artists and other assorted villainy.A storyteller all his life, Simon started writing short stories at school. His first novel (co-written) was published by Grafton in 1988 and was followed in 1989 by his first solo novel, The Cut Throat, the first of the Charles Holborne series, based on Simon’s own experiences at the criminal Bar. The Cut Throat was successful in the UK (WH Allen) and in the USA (St Martin’s Press) and the next in the series, The Long Lie, was published in 1992. Between the two, in 1991, Simon’s short story “Split” was shortlisted for the Cosmopolitan/Perrier Short Story Award. He was also commissioned to write two feature screenplays.Simon then put writing aside to concentrate on his career at the Bar. After a further 25 years’ experience he now has sufficient plots based on real cases for another dozen legal thrillers. The first, The Brief was published in the autumn of 2015 and An Honest Man was published in 2016.

Please do have a look at the other stops on the blog tour: 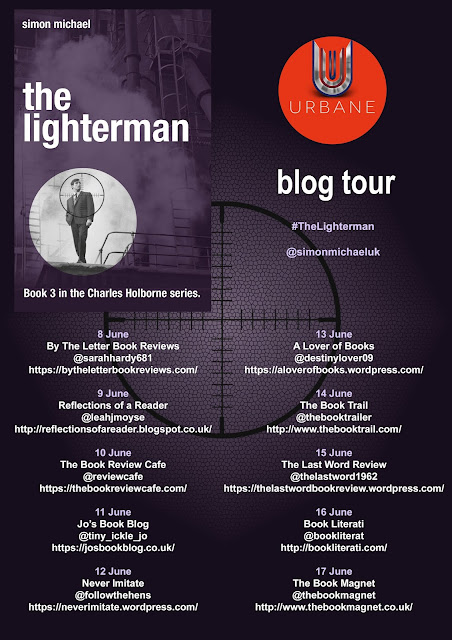