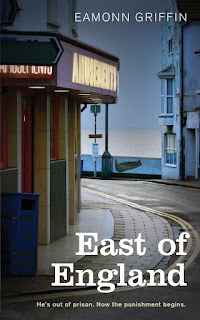 Published by Unbound Digital on 24th January 2019. My thanks to the Author and Publisher for the review copy and Anne Cater of Random Things Tours for inviting me on the blog tour.


Dan Matlock is out of jail. He’s got a choice. Stay or leave. Go back to where it all went wrong, or just get out of the county. Disappear. Start again as someone else. But it’s not as simple as that. There’s the matter of the man he killed. It wasn’t murder, but even so. You tell that to the family. Especially when that family is the Mintons, who own half of what’s profitable and two thirds of what’s crooked between the Wolds and the coast. Who could have got to Matlock as easy as you like in prison, but who haven’t touched him. Not yet. Like Matlock found out in prison, there’s no getting away from yourself. So what’s the point in not facing up to other people? It’s time to go home.

I do enjoy a bit of gritty noir and East of England certainly serves up that. I thought it was great. Dark and brutal, it is not going to be for everyone. The writing though is superb and I really did find this a fascinating story that was enough to keep me glued to the edge of my seat.

East of England is set in Lincolnshire which is an area I am not particularly familiar with. It comes alive in this book, you can tell that it is a place that the author knows like the back of his hand.

Dan Matlock is a brilliant character. Unreliable and it was hard to know whether to love or hate him and as the more time went by, that line got more and more blurred. Instead of running after being released from prison he decides to front it out. Twist and turns have the reader clinging on and to say what happens would be to spoil it....

Eamonn Griffin has a unique writing style that I warmed to enormously. I was suckered into the darker side of Lincolnshire right from the very first page and wasn't let go until the final sentence played out. 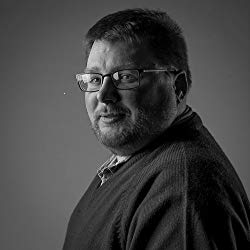 Eamonn Griffin was born and raised in Lincolnshire, though these days he lives in north-east Wales. He's worked as a stonemason, a strawberry picker, in plastics factories (everything from packing those little bags for loose change you get from banks to production planning via transport manager via fork-lift driving), in agricultural and industrial laboratories, in a computer games shop, and latterly in further and higher education. He’s taught and lectured in subjects as diverse as leisure and tourism, uniformed public services, English Studies, creative writing, film studies, TV and film production, and media theory. He doesn’t do any of that anymore. Instead he writes full time, either as a freelancer, or else on fiction. Eamonn has a PhD in creative writing with the University of Lancaster, specialising in historical fiction, having previously completed both an MA in popular film and a BSc in sociology and politics via the Open University. He really likes biltong, and has recently returned to learning to play piano, something he abandoned when he was about seven and has regretted since.

Please do have a look at the other stops on the blog tour.