Published by Matador Books on 20th March 2018. My thanks to the author and the publisher for the review copy and Rachel of Rachel's Random Resources for inviting me on to the blog tour. 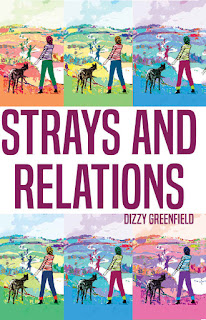 Strays and Relations follows the story of Dizzy, whose search for her birth parents is sad, humorous, and in parts bizarre. Dizzy learns that she began life as a surviving twin, then was fostered until a permanent home was found.

Dizzy begins her search for her original identity. Why was she given up for adoption in the 1960s? Following a tenuous lead, she travels to Ireland with her best friend Sugar, but the trail takes a misleading turn. It ends in what they mistakenly believe is Dizzy's mother's grave.

Dizzy falls in love with Will, a blacksmith. But something is missing. Dizzy's life changes when her birth father Tommy makes contact using a private detective. He reveals that her birth mother is alive and married to a man called Vernon. Now the bigger, trickier task lies ahead: working out how to fit the disparate bits of her life together. This is a book which will both amuse and touch readers' hearts.

Strays and Relations manages sensitive subject matter with engaging wit and sharply-observed dialogue, and includes vivid descriptions of some rather unusual animals and people. It will appeal to readers who have encountered a recycled animal or family.

Strays and Relations is the story of an adoption and the life that follows after. I found it incredibly insightful and moving. It is written with a warmth and wit that can only come from a writer who has experienced the things that are contained between the pages.

This is the story of when Dizzy met her birth family, fell in love with Will and other adventures.

Dizzy has a good adoptive family but she had always wanted answers about her strays and relations and she sets about finding her birth family with her best friend Sugar and the help of the authorities.

This book might be a comfort to those in a similar situation but on a general note it is a great read that is full of warmth and humour.

I found it to be incredibly moving and I am so pleased that I was invited to read it. Dizzy Greenfield has a fantastic way with words and is a natural and warm storyteller. 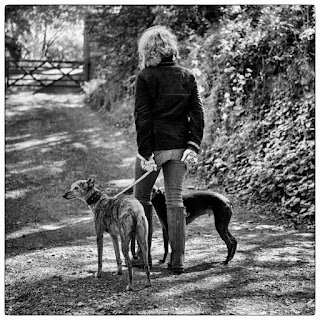 I have lived in the West Country all of my life, but never in such a remote place as I do now -  in the middle of the woods with rooks and bats.  It may be remote but it's never quiet in Dizzyland! When I'm not looking after the dogs, chickens and a six-toed cat, I help run a blacksmith's forge with my partner.
My ideas come from humorous incidents in my own life, which I fictionalise. Strays and Relations is my first novel.
Before I began writing I had various jobs, including working in a wildlife park and as a youth worker.

Please do have a look at the other stops on the Blog Tour.